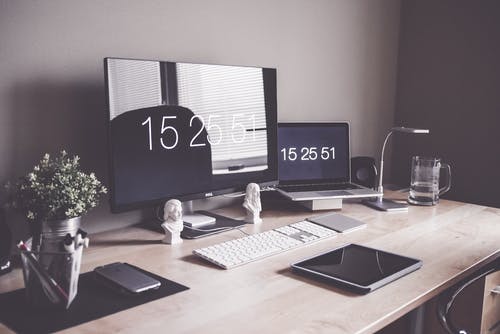 Microsoft has unveiled its plans to enter the metaverse with Mesh for Microsoft Teams, which will roll out next year. Microsoft’s latest innovation will combine the mixed-reality capabilities of Microsoft Mesh, which allows people in different physical locations to join collaborative and shared holographic experiences, with the productivity tools of Microsoft Teams, where people can join virtual meetings, send chats, collaborate on shared documents and more.

Mesh will also build on existing features such as Together mode – which places all participants on a video call in a virtual space such as an auditorium or meeting room, to look like they are in the same place together – and Presenter mode. According to Jeff Teper, a Microsoft corporate VP, the integration of Mesh on these features will make remote and hybrid meetings more collaborative and immersive.

“These tools are all ways to signal we’re in the same virtual space, we’re one team, we’re one group, and help take the formality down a peg and the engagement up a peg. We’ve seen that those tools have accomplished both goals of helping a team be more effective and also helping individuals be more engaged,” he said.

Mesh was developed to address the disparity Microsoft saw in remote working. Employees were far more efficient than most business leaders ever imagined, but they also miss the level of personal human interaction that they had in the workplace. According to ongoing studies in Microsoft’s research organisation, people feel more present and engaged in meetings when everyone turns on their video cameras. However, the video option can be “awkward and binary”; hence many people usually keep their cameras off, leaving a static picture or a bubble with initials.

Mesh for Teams is set to roll out with a set of pre-built immersive spaces to support a variety of contexts, from meetings to social mixers. For starters, users can join meetings in Teams using a customised avatar of themselves instead of switching on their camera. Katie Kelly, a principal project manager at Microsoft working on Mesh for Teams, said that for starters, Mesh for Teams will take audio cues so as users talk, their faces will animate.

“You’ll also have animations that bring additional expressivity to the avatars. Your hands will move. There will be a feeling of presence even though it’s as simple as being able to take your audio and manifest that as facial expressions. That’s the first release. The ambition is to closely follow that with Microsoft’s plethora of AI technologies so that we can use the camera to insinuate where your mouth is and mimic your head and facial movements,” she added.

According to Teper, over time, organisations will also be able to build metaverses where employee avatars can enter to mingle with their peers and collaborate on projects, among many other possible opportunities. He added that he envisions immersive spaces becoming one of the many ways people communicate and collaborate in addition to face-to-face meetings, chats, emails and video calls.

“We go through a spectrum of types of engagement depending on the situation and all are important. We’re serious when it’s time to be serious. We’re celebratory when it’s time to be celebratory. We have fun and we goof off. And effective teams, effective human engagement, recognises that we need to connect at a really personal level and go through that spectrum to build trust and empathy and fun and common purpose,” he said.

The upcoming launch of Mesh for Teams comes amidst Facebook’s parent company rebranding to Meta, along with CEO Mark Zuckerberg releasing his plans to enter the metaverse. Meta also recently launched its first video campaign on its social platforms to give audiences a glimpse of what to expect from its offerings, while Zuckerberg released a teaser on the kind of experiences that await Meta users in the future.

Separately, Match Group, which owns dating platforms such as Tinder, Match.com and OkCupid, also plans to enter the metaverse. The Group said in its Q3 2021 financial report that is working with Hyperconnect, social discovery and video technology company which the Group acquired in June this year, to create a live virtual world. Titled Single Town, the metaverse will see singles, represented by their avatars, move around and engage with others by audio in various virtual locations. Users who express mutual interest in each other will then be able to connect privately as well. According to Match Group, Single Town is still in its early stages and is currently being tested in South Korea, but could provide “a very different dating app experience” for its users when it becomes a standalone app.

How to find the correct power supply effectively

How to find the correct power supply effectively

A Perfect Router For Your Home – The Huawei WiFi WS5200 (NEW)